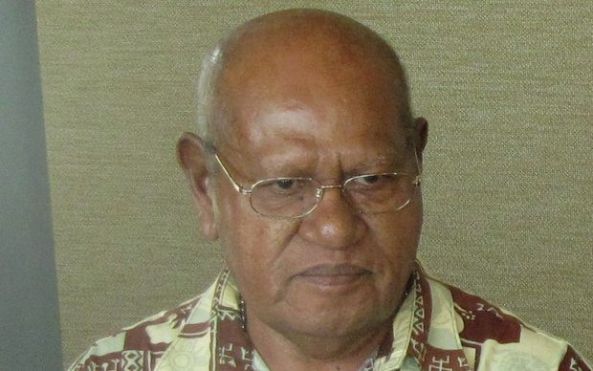 “Rio Tinto has made a unilateral decision. It failed to consult the Bougainville Government about distributing its shares.

At meetings with senior Rio officials, in July 2015 and February 2016, I warned strongly against transfer of Rio’s shares to PNG. It Bougainvilleans cannot accept National Government control over the future of Panguna through either majority or equal shareholding in BCL.

In past meetings, I insisted that Rio accept responsibility for mining legacy issues.

“When I met their officials last night in Port Moresby, they flatly rejected any responsibility for their contribution to the damage done by the Panguna Mine.

“Rio’s officials gave me two reasons for not accepting responsibility for mine impacts.

First, Rio operated under the PNG law of the day. Second, they were forced out of Panguna by the conflict.

The remaining 27 per cent of shares are held by small shareholders.

Rio Tinto has been reviewing its BCL shareholding for almost two years. The review resulted in Rio deciding to end its investment in BCL, which ran the giant copper and gold mine at Panguna from 1972 to 1989, under the 1967 Bougainville Copper Agreement (BCA).

“We are open to PNG remaining a BCL shareholder. That may assist us find responsible partners and financiers for possible future operations at Panguna. But we cannot accept Rio Tinto’s interference in seeking to give PNG equal control over Panguna. There is no possibility of progress on resolving the future of Panguna on that basis.

“Rio Tinto has shown arrogance and ignorance in ignoring my warning. Sitting in their comfortable London offices, they have interfered in Bougainville’s affairs by deciding PNG should have equal control of BCL.

“Bougainvilleans are united in rejecting what Rio Tinto seeks to thrust upon us.”

“When I met their officials last night in Port Moresby, they flatly rejected any responsibility for their contribution to the damage done by the Panguna Mine.

“Rio’s officials gave me two reasons for not accepting responsibility for mine impacts.

First, Rio operated under the PNG law of the day. Second, they were forced out of Panguna by the conflict.

But the truth is Rio Tinto generated huge revenues from what we all now know was the terrible injustice of its Bougainville mining operations.

The mine shut down in 1989 only because anger over that injustice generated demands for a renegotiated agreement.

“It’s now clear the BCA was deeply unjust. It ignored environmental damage and social impacts. Only a tiny share of mine revenue was distributed to landowners and to the North Solomons Provincial Government.

“The gross injustice of the BCA has since been recognised by Rio. As a result it made major changes to its own policies, especially in relation to landowners. It accepted new standards of sustainable development as a founder of the International Council on Mining and Metals (ICMM).

“Rio is now deeply hypocritical in its blatant disregard of the higher corporate responsibility standards it says it has adopted.

“It now seems Rio has no commitment to social responsibility or sustainable development principles. It talks those principles only when that helps its profits. But it throws them out when costs to its bottom line could be involved.

“Now Rio Tinto proposes to walk away from responsibility for the effects of the injustice of its highly profitable operations.

“Rio cannot rely on grossly unjust past laws to escape its contemporary responsibilities for what we now know was wrong. Corporate social responsibility means responsible companies accept that their responsibilities go beyond the legal requirements of the day.

“I am writing to the Managing Director of Rio Tinto asking him to reconsider not only the Rio decision about its shares, but also its refusal to deal with its Panguna legacy responsibilities.

“I am also writing to the International Council of Metals and Mining asking them to end Rio Tinto’s membership because of its failure to honour the ICMM’s 10 Principles for Sustainable Development Performance.

“Finally, I am seeking the earliest possible meeting with Prime Minister O’Neill to discuss how best to defuse the dangerous situation created by Rio’s decision on its shares in BCL.”