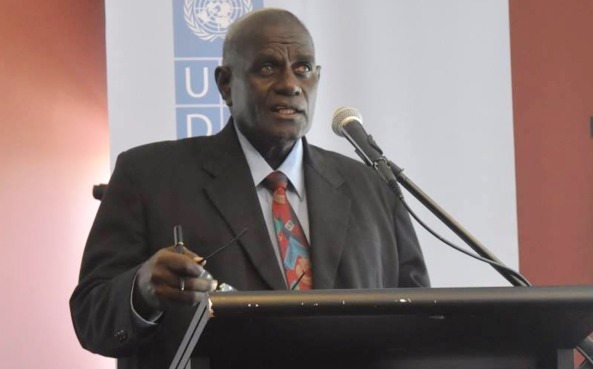 Office of the Speaker

The Speaker of the House of Representatives Simon Pentanu MHR has announced the 2015 Budget meeting will commence on Monday 21 December at 2 o’clock pm. This is the date agreed to in consultation with the President and the Minister for Finance taking into account the preparation time for the budget to be finalised. The House will meet over two to three days to consider and approve the Autonomous Region’s  budget for 2016.

This will be the final meeting for this year. The first meeting of the House in the New Year will be in March at a date and time to be fixed by the Speaker in consultations with the President.

In a prepared statement the Speaker also made brief reference to a number matters on his impressions to the start of the Third House 2015-2020.

The Speaker said the start to his term in Office has been eventful. It has been a period of settling in for all members, including Ministers. The Speaker expressed a particular delight that the House has appointed its main and important select and statutory parliamentary committees early in the life of the Third House. The parliamentary committee system in its full operational capacity would provide the best opportunities for members to play their rightful roles in wider and inclusive ways as leaders, lawmakers and elected representatives.

Mr Pentanu said resources,  financial resources in particular, will continue to be a challenge in the administration of the Parliament. In this regard the Speaker said that sadly, over the last ten years the Parliament which is an important arm of the Government has been poorly resourced. Even more appalling, the Legislature as one of the three symbiotic arms of the Government has been regarded , if not degraded as if it is just another administrative arm of the Autonomous Bougainville Administration.

He said that unless this attitude is changed Parliament and its parliamentarians will not play their representative, lawful roles as long as the Parliamentary Service continues to be poorly resourced. He said it is already obvious to him that the demand on members’ time and effort compared to the meagre resources that come with the office of a member is enormous. A Parliament and parliamentary service that is adequately resourced can plan well in supporting the constitutional mandate of elected leaders and provide integrity and respect to the roles they are expected to perform.

Our whole financial administration regime and accountabilities for funds at every level need to be blow torched and overhauled. We cannot continue to walk up and down the same corridors and expect different results. I am confident however, we have the leaders in Parliament to institute changes through well thought out and considered decisions to demand more and better accountabilities overall over ABG’s finances  in order to do and achieve more from the resources Bougainville is raises and receives. Our members are not just law makers, the Parliament is also the highest oversight body to which the Executive and the bureaucracy is accountable.

Our women parliamentarians have shown confidence, commitment, desire and a strong will to make their marks inside and outside Parliament as they strive to represent women of Bougainville. Their participation in debates, the questions they direct at the ministerial benches and their appreciation of what their roles entail has been impressive so far.

Our three members representing the former combatants have contributed to discussions and debates in an assured way. They are members of important parliamentary select committees. However, as representatives of interest groups the members need more assistance in articulating the hovering constituency issues in a way that Parliament and Bougainville leadership may be able to involve or utilise their membership in a progressive way in connection with the constituents they represent.

Ours is a Parliament by the People, for the People, of the People and we must go back to the People at every opportunity.  I do not see why this should be difficult when this is the duty and desire of all members. It is absolutely possible with proper planning and adequate funding under an arrangement in which Parliament is funded separately in an autonomous arrangement where it is provided and is accountable for its funding.